Join the Cork Women's Right to Choose contingent on the 2014 March for Choice on Saturday 27 September.

We are organising a partially subsidised coach from Cork to Dublin and back again after the march that evening. Please email us at cork.womens.right.to.choose@gmail.com if you are interested in traveling up on the coach with us.
Posted by CWRTChoose at 10:18 PM 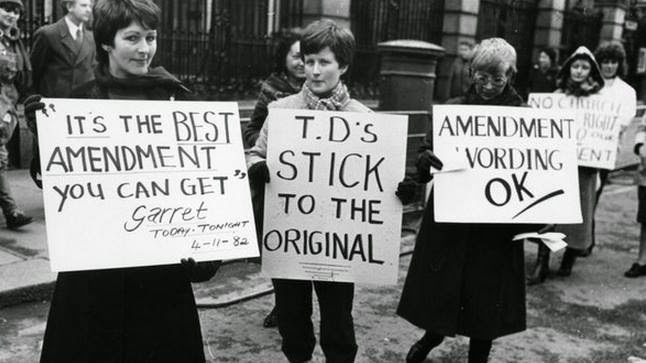 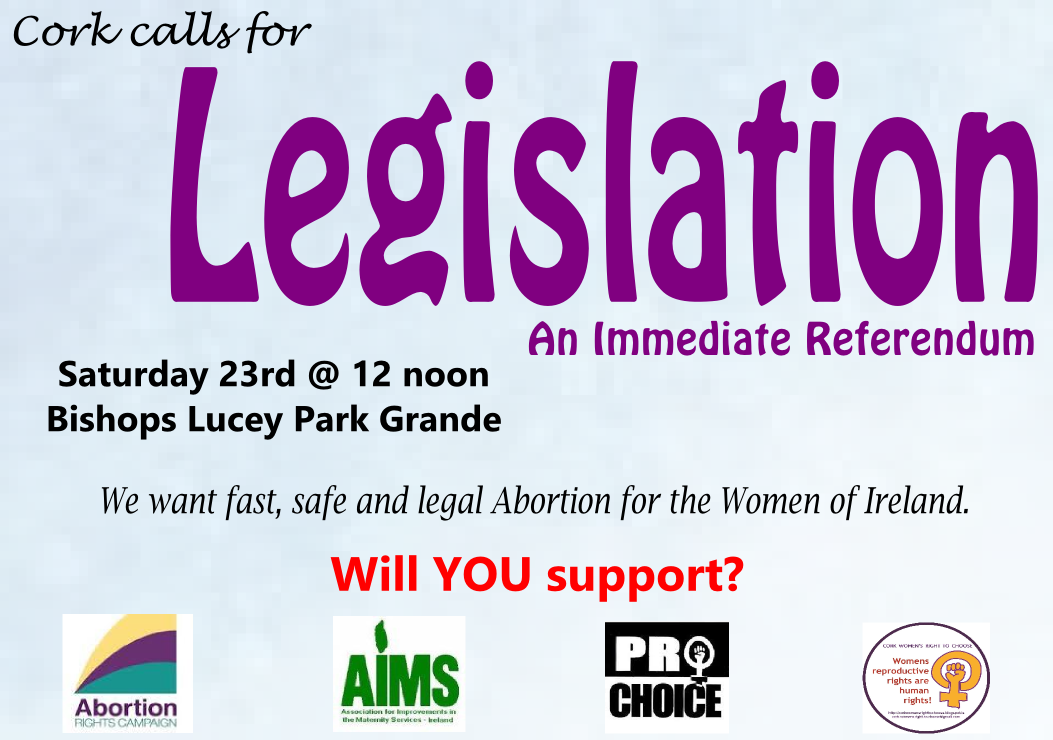 Posted by CWRTChoose at 7:33 PM 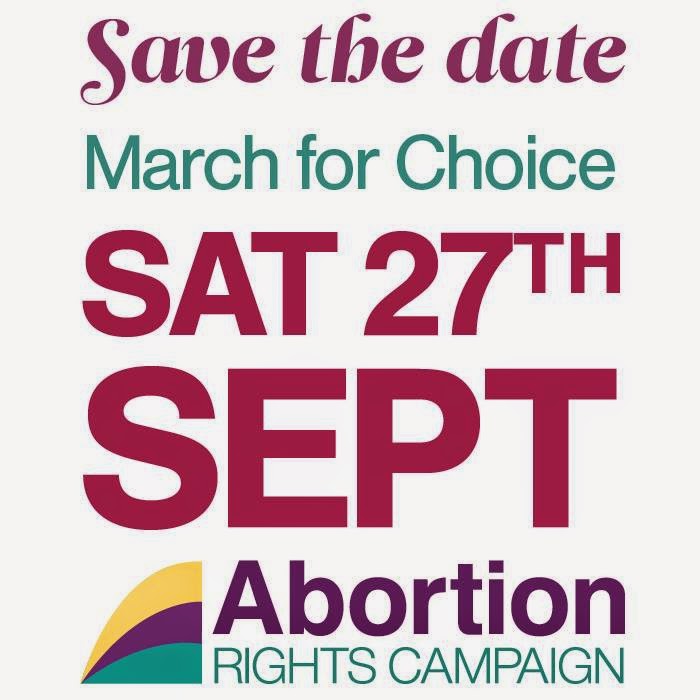 Posted by CWRTChoose at 5:12 PM 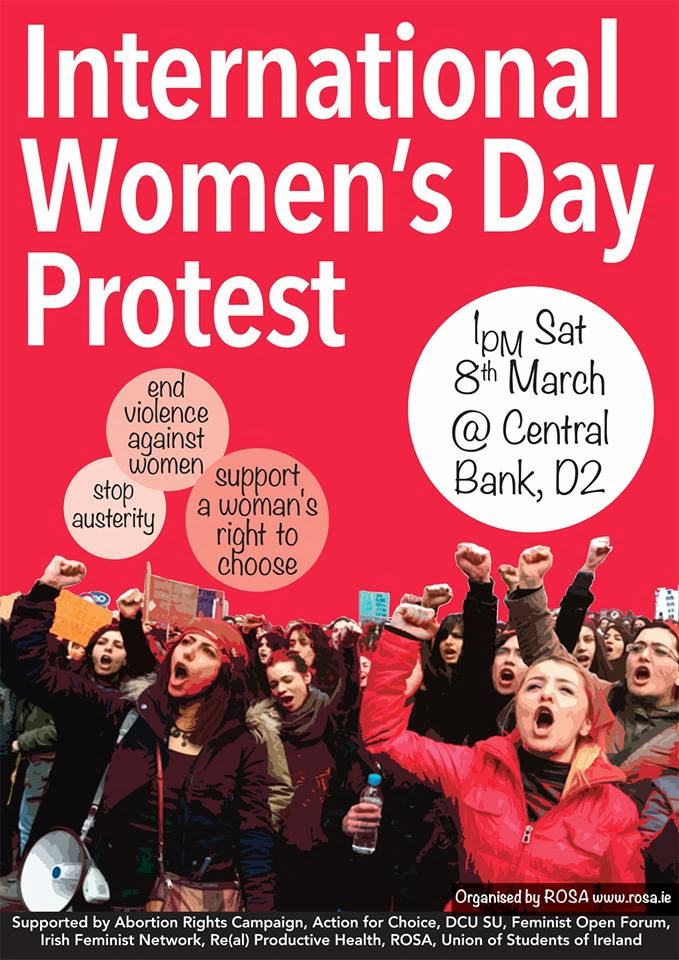 Posted by CWRTChoose at 8:45 PM 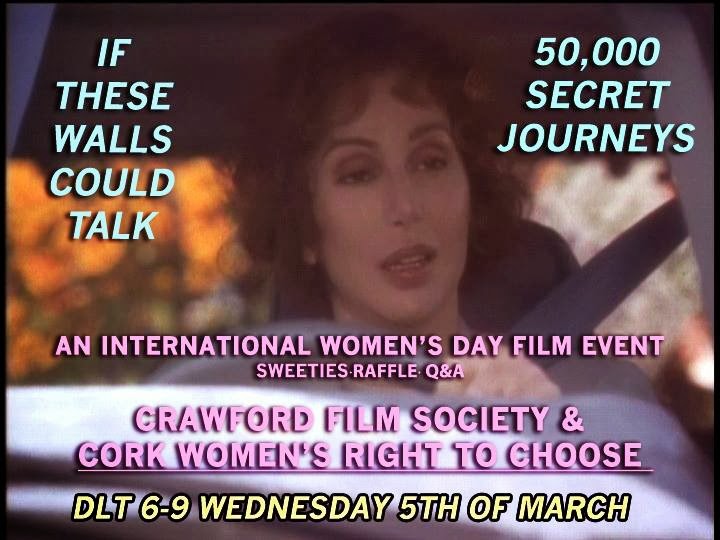 To celebrate International Women's day on Saturday the 8th of March Cork Womens Right to Choose Group group are teaming up with Crawford Film Society to host a film screening event night on Wednesday the 5th of March in the Crawford College of Art and Design. The films will be shown in the downstairs lecture theatre at 6pm - look out for the posters we will have up around the campus.

We will be screening the controversial documentary 50,000 Secret Journeys, commissioned by RTE in 1994. the film features interviews with three Irish women speaking openly and on camera about their personal experience of abortion for the first time on Irish television. The film was deemed to be ‘unbalanced’ by RTE management who decided not to broadcast the documentary the day before it was due to be transmitted in March 1994.
Trailer - http://vimeo.com/86333591

We will also be screening If These Walls Could Talk, a 1996 HBO film staring Cher ,Demi Moore and Sissy Spacek. The movie examines the abortion issue through three stories set in different eras - 50s, 70s and 90s.
It was a surprise success, making it to the highest rated HBO film ever produced.
Trailer - http://www.youtube.com/watch?v=MdC1XJxbs9o


There will be a fundraising raffle on the night, a brief talk on where Ireland stands on abortion rights and a question and answer session following the films.
There will also be some popcorn, drinks and sweets provided free of charge.

Hope to see you there :)
Join the Facebook event
Posted by CWRTChoose at 8:26 PM


Cork Women's Right to Choose will be hosting a showing of the film "If These Wall Could Talk" at Solidarity Books (43 Douglas Street, Cork City) on Wednesday 11 December at 7:30pm

If These Walls Could Talk consists of three short separate stories that each deal with the controversial issue of abortion. Although each of the stories is set in a different decade, the unifying element (aside from the subject matter) is that all three transpire in the same house. The first story stars Demi Moore as the widow of a soldier killer in combat. She becomes pregnant and does not feel it would be morally appropriate to have the baby. Because it is the '50s, she must attempt to secure an illegal abortion. The second story, set in the '70s, stars Sissy Spacek as a mother of a struggling family. Having successfully raised four children on a meagre income, Spacek's character must now decide if she should seek an abortion after finding out she is expecting a fifth. The final story takes place in the '90s. Anne Heche portrays a grad student who crosses protestors' picket lines in order to consult a doctor (Cher) about having an abortion.

This event has a fund-raising aspect to it and there will be a raffle along with entry by donation.

After the film there will be a short discussion period for anyone interested in getting more actively involved in pro-choice campaigning in Cork.

Join the Facebook event
Posted by CWRTChoose at 8:48 PM

Submission to the Convention on the Irish Constitution

For a referendum to repeal Article 40.3.3 of the Constitution

1. Cork Women's Right To Choose is a long-standing single-issue group; a loose alliance of women and men who believe that a woman has the right to control her fertility. We believe that abortion should be treated as a health issue and not as a criminal law matter. We campaign for full safe and legal access to abortion and reproductive health services for all women in Ireland regardless of income, age, sexuality, race, ability, geography, immigration status, or culture. We are a voluntary, not-for-profit lobby and direct action organisation.

3. We make this request on the basis that the Constitution should reflect the reality of the lives of Irish citizens – and this Article manifestly does not.

4. At least 150,000 women have been forced to travel to the UK for an abortion since the Eighth Amendment was passed in 1983. In the past few years the thousands who still travel abroad have been joined by hundreds, perhaps thousands, of women who are procuring the RU 486 “abortion pill” over the internet. They are then self-administering at home without suitable medical supervision and thereby putting their health in danger.

5. Alongside this social reality that somewhere between 10 to 15% of women in Ireland today have had an abortion, opinion polls in recent years consistently show a significant majority of people living in the Republic favour an extension of abortion rights. This parallels the latest research into the opinions of GPs and medical students which also shows a clear majority in favour of extending abortion rights.

6. These figures highlight the clear social need for this generally straight-forward medical procedure to be made freely available in Ireland.

7. Migrant women, women with little or no income, women with disabilities or who are unable to travel for whatever reason, women facing a pregnancy with a medical diagnosis of fatal foetal abnormality have all suffered disproportionately over the past three decades.

8. The constraints of Article 40.3.3 of the Constitution led to the new legislation on abortion rights, the Protection of Life During Pregnancy Act 2013, prohibiting abortion in cases of rape, incest, inevitable miscarriage and fatal foetal abnormality, while women or girls who are suicidal as a result of unwanted pregnancy will most likely travel abroad rather than seek an abortion here under its terms. This Constitutional straightjacket ignores the needs of women who decide that having an abortion is in their best interest, and in the form of the new Act criminalises women and those who support them, including their doctors, if they access abortion here in Ireland.

“There is no impediment to men seeking and obtaining any required medical intervention to protect not only their lives but also their health and quality of life ... It can truly be said that the right of pregnant women to have their health protected is, under our constitutional framework, a qualified right ... This is a republic in which we proclaim the equality of all our citizens but the reality is that some citizens are more equal than others.”

10. Women’s rights should be reinforced and not qualified or restricted by the Constitution. It is time women in Ireland were treated as valued individuals with full and equal human rights. Termination of pregnancy should therefore be treated as a women’s health matter and not a criminal or constitutional one. Cork Women’s Right to Choose Group want to see a legal framework that really meets women’s needs and reflects the importance of women’s rights by providing for free and safe abortion on this island available for all women who require it.

11. We therefore call on the Constitutional Convention to stand with the majority of the Irish population who support an extension to abortion rights within the State by recommending there be a referendum to remove Article 40.3.3.